The Gospel for Pedophiles 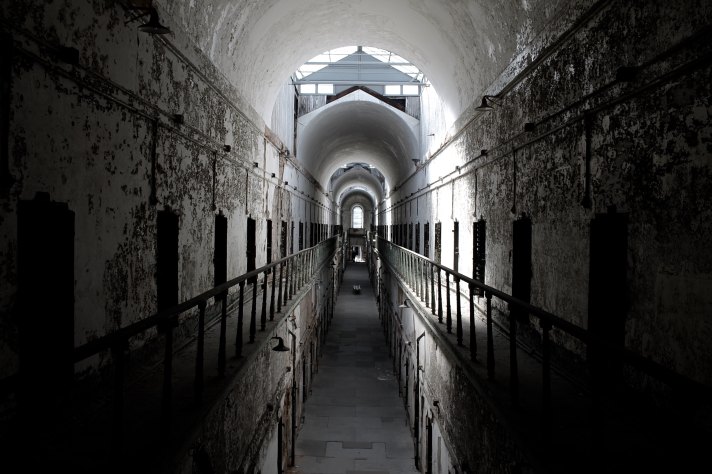 A few weeks ago I had the honor of worshiping with the men of St. Dysmas. St. Dysmas is a congregation that meets in the South Dakota State Penitentiary. I received the sacrament of communion side-by-side with men serving life sentences without the possibility of parole due to horrific murders. I raised my voice in worship alongside of men serving decades for sexually abusing young children.

These were the true outcasts of our society. Many of these men were sick… broken… and sinful.

Yet this was one of the most beautiful worship services I have participated in. During one of the songs I glanced around and noticed that every man had his hands raised in utter abandonment to God. These men have had everything ripped away from them as a result of their horrible crimes – their freedom, families, friends, careers, and finances. For some of these men, the prison sentence was the best thing to happen to them because they discovered the Kingdom of God.

Roughly 2,000 years ago, Jesus was teaching the values of this Kingdom to his disciples on a mountain. He began his sermon with these words:

“Blessed are the poor in spirit,
for the kingdom of heaven is theirs.”

Poor in spirit means to reach a place of utter emotional & spiritual poverty after trusting in one’s self. It is the moment a drug addict hits rock bottom. It is the season when a person pursuing the American Dream realizes he is still miserable even though he is successful by the standards of this world. It is when men & women understand there is nothing in this life that can satisfy the longings of the human heart.

For those of us that are wealthy Americans, we often numb this paralyzing pain through materialism and consumerism. Not so with these inmates – they have no other choice but to stare into the terrifying blackness of their own sin and realize they are hopeless apart from Christ.

I realized some of these inmates have a greater freedom than I do. They have discovered freedom in Christ which is not determined by physical freedom. Many of the New Testament letters were written by an inmate named the Apostle Paul who eventually faced execution for his faith in Christ.

Have you discovered true freedom? Have you come to the end of yourself and realized your only hope in this life is in Jesus Christ? Or are you still trying to save yourself through your own morality and religious work?

I am a Christian, Husband, Pastor, and Scholar. I desire to know Jesus and to make Him known. View all posts by tylerramsbey

2 thoughts on “The Gospel for Pedophiles”