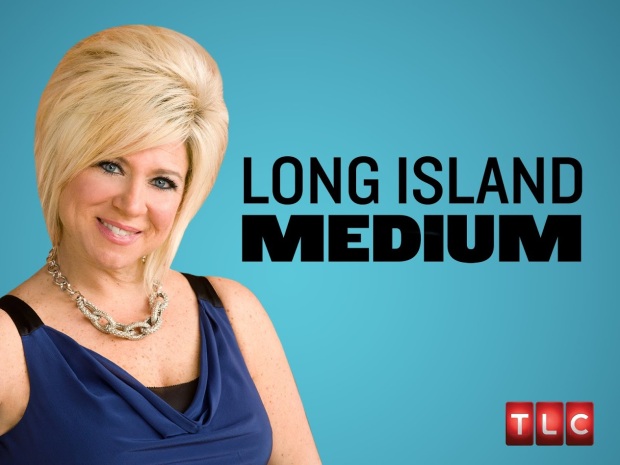 Theresa Caputo, the star of the TLC hit show “Long Island Medium” will be at the Denny Sanford PREMIER Center in Sioux Falls on October 19th. If you are a Christian and support Theresa Caputo by either watching her programs or attending this event, you are doing so in willful disobedience to the Word of God and inviting the demonic world to sear your conscience and make shipwreck of your faith.

Is that harsh? I am simply repeating Scripture.

Unfortunately, many Christians are Bible illiterate even though we have access to literally hundreds of different English translations. Instead of training ourselves to distinguish between good and evil (Heb. 5:14), we ignorantly allow the ideals and values of the world to blind us to the truth of God’s Word. This is very serious and dangerous.

So, why did I make the seemingly harsh and intolerant statement above? Let me say it again, for it is of utmost importance: If you are a Christian and support Theresa Caputo by either watching her programs or attending this event, you are doing so in willful disobedience to the Word of God and inviting the demonic world to sear your conscience and make shipwreck of your faith.

Before my statement is misconstrued by your anger, let me make a few points clear.

1. Theresa Caputo is not the enemy.
This is not a personal attack towards Theresa. Although I do not know much about her, I do know that God desires to have a personal relationship with her. Matter of fact, Jesus lived a perfect life, suffered a brutal death, and rose victoriously from the grave SO THAT Theresa can receive eternal life at the throne of grace.

Ultimately, “we wrestle not against flesh and blood, but against principalities, against powers, against the rulers of the darkness of this world, against spiritual wickedness in high places (Eph. 6:12).” My prayer is that Theresa would have her eyes opened to the deceitfulness of Satan, the one who masquerades as an angel of light to bring confusion into the hearts of people (2 Cor. 11:14).

2. Theresa’s teaching finds its origin and power in the demonic.
What we see happening in our culture, specifically in the Sioux Falls area for this event, is a fulfillment of what Paul wrote to a young pastor named Timothy:

“Now the Holy Spirit tells us clearly that in the last times some will turn away from the true faith; they will follow deceptive spirits and teachings that come from demons. These people are hypocrites and liars, and their consciences are dead.” – 1 Timothy 4:1-2

It is likely that Theresa is not simply cold reading people and guessing about their past and family members.

What is false is the assumption that she is talking to dead people. She is speaking with demons who cloak themselves as dead relatives in order to lead people astray. By allowing yourself to buy into this deception, you will turn from the truth faith. You conscience will die. You will ultimately reject the Gospel and be separated from God.

3. This is not a gray area for Christians to debate.
There are many “open handed” issues in the Christian faith. In other words, good men and women who hold to the authority of the Bible disagree with one another on theological issues.

This is not one of them.

When it comes to mediums and speaking with the “dead”, Scripture is abundantly clear. I have included a few examples below:

Ultimately, thanks to Jesus Christ, mediums and those who consult with them can receive forgiveness at the cross of Christ. Jesus died to take upon Himself ALL sin, including the sin of speaking with demons. If you are reading this and you are not a Christian, please send me a message (tyler@therescuechurch.com) and I would love to speak with you on what it means to follow Jesus.

If you are a Christian, let me repeat my statement for the third time, it is THAT important: If you are a Christian and support Theresa Caputo by either watching her programs or attending this event, you are doing so in willful disobedience to the Word of God and inviting the demonic world to sear your conscience and make shipwreck of your faith.

This is not a gray area. Do not allow your ignorance of Scripture to cloud your judgment when it comes to those who consult the “dead” for guidance. I speak not in my own authority on this issue but with the authority of the Living God for “all Scripture is inspired by God and is useful to teach us what is true and to make us realize what is wrong in our lives. It corrects us when we are wrong and teaches us to do what is right.” – 2 Timothy 3:16

Repent of your sin and turn to Christ for forgiveness if you have supported Theresa Caputo or any other medium.